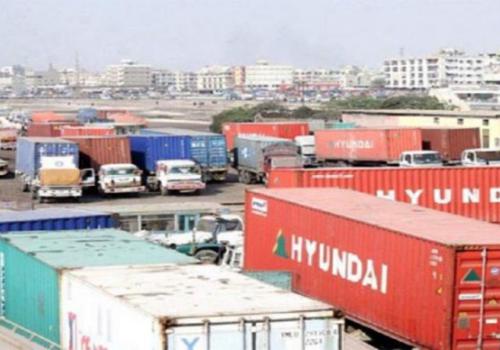 Nigeria’s import bill surges to highest in over 12 years

Dubai Airport Freezone Authority (Dafza) has announced that its foreign non-oil trade reached more than AED119 billion ($32.4 billion) in 2020. The free zone contributed 10% to Dubai's non-oil foreign trade and 25% to the total trade in free zones in the emirate of Dubai. This affirms the free zone's capability in overcoming the challenges and consequences of the pandemic. The results demonstrate Dafza's integrated ecosystem that ensures continuity of global trade despite various economic conditions and fluctuations. Dafza's trade witnessed exceptional growth compared to the same period last year during the third and fourth quarters in 2020 by 36.4% and 23%, respectively. The free zone also achieved a trade surplus of AED15.8 billion, which accounted for AED 8.5 billion in the first half and AED7.4 billion in the second half of the year. In H2 2020, Dafza witnessed growth in total trade by 7.1% compared to the first half of the year. This is due to the increase in imports of all types of goods by 10.7% and exports by 7%, and re-exports by 4.5%.

Dr Mohammed Al Zarooni, Director General of Dafza, said: "Under the directions of His Highness Sheikh Mohammed bin Rashid Al Maktoum, Vice President and Prime Minister of the UAE, and ruler of Dubai, several economic stimulus packages and strategic initiatives have been implemented. These ongoing activities aim to support the economic landscape and business operations within the emirate. Other strategies aimed at enhancing logistical operations and ensuring smooth trade processes have allowed the emirate to continue on its path to recovery following the implications brought on by the pandemic. "The continuous accomplishments reflect Dubai's role in sustaining economic activities and enhancing trade on a regional and global scale in the face of crises and unprecedented events. Dafza consistently contributes to the enhancement and continuity of trade activities. The free zone will continue to provide the necessary capabilities to allow the emirate's economic landscape to flourish and further expand its reach within crucial industries and regions," Al Zarooni added.